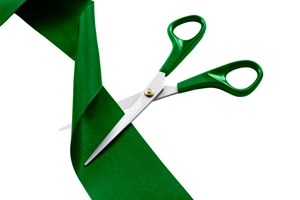 The survey reviews the progress being made by the Department for Environment, Food and Rural Affairs (Defra) to cut environmental red tape and shows that while manufacturers support recent efforts to simplify data reporting and guidance, many are yet to feel the benefit and want to see bolder reform of environmental legislation.

As part of the Government’s ‘Red Tape Challenge’ to reduce the regulatory burden on businesses, Defra expects to save businesses more than £1 billion by scrapping 67 unnecessary or redundant regulations and improving a further 151 over the course of the current Parliament.

However, EEF’s survey results show that less than one in ten manufacturers believe the recent cuts to so-called ‘green tape’ have saved them time or money and many want better, rather than less, guidance on environmental rules.

According to the report, many manufacturers find it difficult to access clear guidance on their environmental responsibilities since the Government migrated all of its websites to the gov.uk site between 2012 and 2014. This is particularly the case for smaller manufacturers.

For example, there are at least 10 major pieces of legislation on waste, and another five on energy consumption and greenhouse gas emissions, that affect manufacturers, but there is no easily accessible online repository of information covering all the relevant guidance for ensuring compliance.

“Our report shows that manufacturer’s remain committed to addressing environmental and climate concerns, but are still having to wade through unnecessary levels of complexity and red tape in order to do so, which in too many cases is holding them back”, he said.

SMEs and companies in the chemicals and metals sectors are particularly vocal about the need for reform and improved guidance, according to the survey.

Defra has recently launched a consultation proposing to consolidate the complex environmental permitting rules into a single set of regulations.

However, new regulations are also on the horizon, with the European Commission’s consultation on its upcoming circular economy policies a notable example.

UK trade bodies for the waste and resources industry, including the Environmental Services Association (ESA) and the Resource Association (RA), have called for more regulation to help spur circular business practices.

Posted under Environmental Regulations and Legislation on 9 September 2015