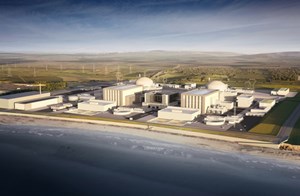 After a long delay, the government has confirmed that the controversial Hinkley Point C nuclear plant in Somerset will go ahead, paving the way for a number of new nuclear plants across the country.

Following a review of the Hinkley Point C project and a revised agreement with energy firm, EDF, the government has decided to proceed with plans for the UK’s first new nuclear power station in a generation.

The UK’s eight existing nuclear power stations currently generate around a sixth of UK power, but almost all are set to close by 2030.

Hinkley will provide around seven per cent of UK power once complete, at an estimated cost of around £37 billion over its lifetime.

It also paves the way for a new wave of nuclear power plants across the country, including a proposed plant near the existing Sellafield nuclear site in Cumbria.

Making the announcement, Greg Clark, business, energy and industrial strategy secretary, said: “Britain needs to upgrade its supplies of energy and we have always been clear that nuclear is an important part of ensuring our future low carbon energy security.”

Addressing the House of Commons, Clark later added that Hinkley “unleashes a long overdue new wave of investment in nuclear engineering in the UK, creating 26,000 jobs and apprenticeships, and providing a huge boost to the economy, not only in the south west but in every part of the country through the supply chain of firms big and small that will benefit from the investment.”

However, the project has come under fire from critics, who argue that the project’s escalating costs have become far too expensive compared to alternative solutions.

According to energy consultancy Utilitywise, reducing the UK’s electricity demand by improving energy efficiency across the economy could release the same amount of capacity as Hinkley, at a cost of less than £6 billion.

Meanwhile, Dr Nina Skoprupska, chief executive of the Renewable Energy Association (REA), has argued that “for nearly every renewable technology the equivalent amount of capacity could be procured at much lower cost using renewables”.

“While we welcome a diverse low carbon energy mix, we urge the government to consider the costs and support other industries in which the UK could be a global leader, such as energy storage.”

Claire Jakobsson, head of climate and environment policy at manufacturers’ organisation, EEF, said that Hinkley “will clearly require a vast amount of [financial] support and it remains to be seen whether this deal is able to offer value for money.

“It is essential that the government ensures the opportunities for the UK economy are maximized, particularly for manufacturers. Within the deal is a commitment to keep 60 per cent of the value of the project within the UK. We must now ensure this is delivered.”