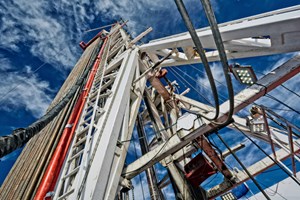 The government has overruled Lancashire County Council’s rejection of hydraulic fracturing near Blackpool, giving the go-ahead for the first fracking in the region since 2011.

Plans to drill four wells in the Fylde had originally been rejected by Lancashire County Council on the grounds of visual and noise impacts on the local area.

However, following an appeal from developer, Cuadrilla, the government overturned the decision on 6 October.

The decision means that Cuadrilla will be able to use unconventional ‘horizontal’ fracking, which has never been attempted before in the UK.

Fracking is an important part of the energy mix in the US and the government is hoping to replicate this success in the UK. However, there are concerns over its potential environmental impacts.

A report published by the Department for Environment, Food and Rural Affairs (DEFRA) in 2015 suggests that fracking could boost economic growth and improve energy security, but also increase greenhouse gas emissions, reduce property values and have an adverse impact on water availability.

Green energy advocates argue that exploiting new gas reserves are incompatible with the UK’s climate change targets, and have accused the government of hypocrisy in supporting onshore gas while curtailing onshore wind – the most economical form of renewable power.

The shale gas industry argues that exploiting the resource is vital to support energy security and UK manufacturing.

Speaking to Energy Live News, Tom Pickering, operations director at INEOS Shale, said: “Ten years ago UK manufacturing accounted for 25 per cent of GDP; now it accounts for less than 10 per cent. That’s not a decline, it’s a real collapse, but we think that by bringing in low cost feedstock and securing low cost energy, you can keep manufacturing happening here in the UK.”

Ken Cronin, chief executive of UKOOG, the representative body for the onshore oil and gas industry, said the Cuadrilla approval was an “important step forward”.

“We need the gas to heat our homes, produce electricity, supply our industries and to reduce our dependency on imports. The onshore oil and gas industry is committed to producing this gas in the safest and most environmentally sensitive way possible and to creating jobs and opportunities in the supply chain”, he said.

Fracking at the site near Preston is expected to begin by April 2017 at the earliest.