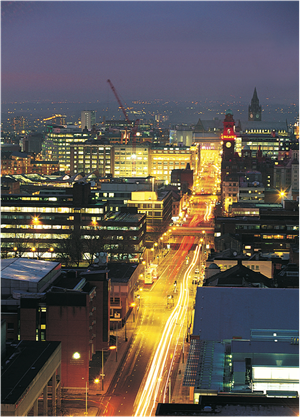 The UK Green Building Council (UKGBC)’s inaugural City Conference will take place across two days next month in Manchester to set out the city’s vision as a “sustainable powerhouse of the North”.

Developed in association with Manchester City Council, the two-day conference will see 100 built environment business leaders, experts and officials from across the Manchester region and the UK develop solutions to future challenges facing the city.

The conference will take place on 21-22 January at the city’s Museum of Science and Industry and three development sites in New Islington, Collyhurst and Mayfield.

It is the first of UKGBC’s planned annual City Conferences, to be held in a different city each year.

Paul King, chief executive of UKGBC, said: “The City Conference will do what no other conference currently does – take the big sustainability challenges and debates, and view them through the lens of the host city.”

King added that Manchester was chosen to host the inaugural event because of its future development plans to make it “the sustainable powerhouse of the North”.

Alongside site visits to the three development sites in the city, a range of plenary and workshop sessions will focus on the overarching vision for the sustainability of Manchester’s built environment, covering integrated infrastructure, community energy, smart grids, transport, waste, green space, climate resilience and social issues.

Sir Richard Leese said: “Manchester is set to become a major centre for the green construction industry, benefitting from the new skills and jobs this important new sector will generate over the next decades.

“I look forward to our city being at the centre of discussions.”

The conference comes just shortly after the European Investment Bank (EIB) has agreed to invest up to £100 million to support urban regeneration across the city, which will include the replacement of street lighting with energy efficient lighting and the development of a district heating network in the city centre.