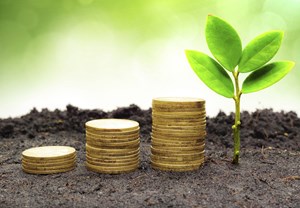 Ahead of the Government’s upcoming energy taxation review, a new report from the manufacturers’ organisation, EEF, argues that more financial incentives are needed to encourage green business.

EEF, which recently ran a survey that found that nearly three quarters of manufacturers want wide-sweeping legislative reform on environmental regulations, suggests that the Government should move away from using green taxes which penalise businesses on their energy use and instead use tax incentives to encourage green investment.

The report, The Low Carbon Economy – From Stick to Carrot, is the organisation’s response to George Osborne’s Summer Budget, which pledged to launch a consultation to review energy efficiency taxes on businesses and consider new approaches to improve the effectiveness of energy efficiency policy.

The energy efficiency tax landscape for businesses, which includes several often overlapping initiatives such as the Climate Change Levy, Carbon Reduction Commitment (CRC) energy efficiency scheme and the Energy Saving Obligation Scheme (ESOS), is a “bewildering mix” of red tape, according to EEF.

With the Government’s Committee on Climate Change (CCC) having recently highlighted the looming policy gap beyond 2020 for reducing emissions and encouraging low carbon business, the EEF report argues that over-regulation is stifling, rather than encouraging, progress on energy efficiency.

The report instead calls for a “bold new approach” that cuts costs and red tape for energy users, lowers emissions and helps manufacturers maximise the benefits of low carbon innovation.

Incentives recommended in the report include:

Paul Raynes, director of policy at EEF, said: “The current system of energy taxation is too complex and is hurting Britain’s competitiveness. So instead of simply hitting firms with the big stick of ever-higher carbon taxes and levies, we should be offering them the carrot of tax breaks to invest in potentially very profitable advanced low carbon technologies.

“It is no secret that the low carbon transition provides a major opportunity for manufacturers, but unfortunately it is not one we have been fully able to grasp to date.”

The Government’s industry consultation on energy taxation is expected to be announced during Autumn 2015.

Posted under General Interest on 21 September 2015