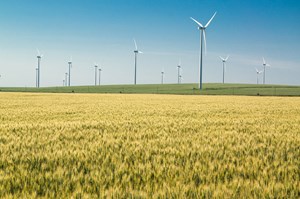 With the party conference season over, Green Intelligence sums up the green announcements from the Conservative Party and Labour.

Labour leader Jeremy Corbyn used his closing speech at the Labour Party Conference on 26 September to point out that there is “no bigger threat facing humanity” than climate change.

One of Labour’s headline announcements was the goal to create over 400,000 skilled jobs through a “green jobs revolution”. A new programme of investment in the low carbon economy was promised as part of a plan to reduce UK emissions by 60 per cent within twelve years of coming to power, and to reach zero emissions by 2050.

This would require significant additional investment in clean energy, including a renewed focus on solar and onshore wind, paid for through a £250bn ‘National Transformation Fund’. A new draft environmental manifesto also promised investment in low carbon homes, a new Clean Air Act and bringing water and parts of the energy network back under public control.

At the Conservative Party Conference a few days later, Prime Minister Theresa May failed to mention any green policies and visions in her closing speech.

Instead, environment secretary Michael Gove took up the green mantle, reiterating his commitment to high environmental standards through a ‘Green Brexit’, unveiling a new £15 million scheme to redistribute food waste from supermarkets, and revealing that the government’s forthcoming Environment Bill would include new and legally-binding targets on waste and resources, among other areas.

Environment minister Thérèse Coffey also promised that the government’s forthcoming Waste and Resource Strategy would implement “quite radical” changes to the tax system to boost the recycling of plastics and the use of recycled material by manufacturers.