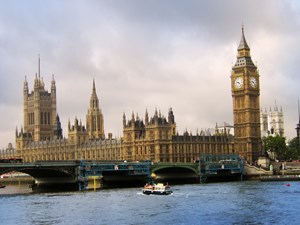 The Chancellor’s Autumn Statement last week avoided talk of ‘the green economy’, focusing instead on tax breaks for fossil fuels, a continued push to exploit shale gas and new support for R&D.

The full Statement from the Treasury offered little support for the green business agenda, although a boost in support for R&D will appease the clean technologies industry.

A key talking point for green economy advocates was the Chancellor’s announcement that the oil and gas industry will receive new tax breaks worth up to £450 million over the next five years due to the recent fall in oil prices.

The announcement directly conflicts with news from the United Nations climate negotiations taking place in Lima this month, with the Financial Times reporting that proposals currently tabled include plans to phase out fossil fuels by 2050, a move that would make oil and gas companies untenable within four decades.

The Chancellor also declared that fuel duty will remain frozen and children will be gradually exempted from Air Passenger Duty from March next year.

In a bid to boost public support for shale gas fracking, the Statement also announced a new £5 million fund to provide independent evidence of the robustness of the regulatory regime for shale gas exploitation in the UK.

Alongside a ‘Shale Gas Sovereign Wealth Fund’ for the North to entice local support, a further £31 million is to be invested in “world class sub-surface research test centres” to support R&D in shale gas and carbon capture and storage technologies.

In another move that will further disappoint the renewables industry, the Statement declared that companies “substantially benefitting” from government subsidies for renewable energy generation will be excluded from also benefitting from tax breaks through venture capital schemes.

The Statement’s surprise announcement to cut the rate of Stamp Duty on lower-value house sales was labelled by the UK Green Building Council (UKGBC) as “the mother of all missed opportunities” to link the tax to the energy performance of properties.

John Alker, director of policy and communications at UKGBC, said: “For many households the changes will offer a welcome upfront financial saving when buying a house, but it could so easily have also helped to tackle long-term household energy bills. Osborne could so easily have killed two birds with one stone.”

In more positive news, the Chancellor promised £6 billion in new support for science research, arguing that it was “crucial to our economic future”.

As part of Osborne’s so-called “Northern Powerhouse” plan, the funding includes £250 million for an advanced material science institute in Manchester, which is likely to provide a boost to a significant number of clean technology projects.

In addition, R&D tax credits for SMEs are to be increased by 2.2 per cent from April next year in a move to encourage innovation.

Commenting on these announcements, Professor Richard Templer, director of public-private innovation partnership, Climate-KIC UK, said: “The focus on science, skills, innovation and entrepreneurship is critical to creating the knowledge-based economy that has long lacked support, and that is essential in supporting climate innovation.

“Support for scientific innovation and measures, including extensions of R&D tax credits for SMEs, is essential for a thriving, low carbon UK economy.”

Posted under General Interest on 8 December 2014