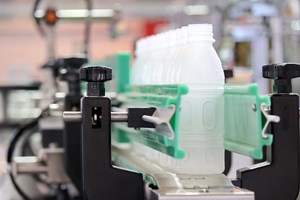 The final Budget statement before Brexit included plans to ‘transform the economics of sustainable packaging’ with a new tax on plastic, plus a number of minor tweaks to energy policy.

Chancellor Philip Hammond’s Budget speech to Parliament on 29 October was notable for its omission of climate change and any mention of energy efficiency, clean power or air pollution. Instead, environmental policy change focused mainly on curbing plastic pollution.

The headline commitment was a new tax on the manufacture and import of plastic packaging which contains less than 30 per cent recycled material.

“We must become a world leader in tackling the scourge of plastic littering our planet and our oceans. Where we cannot achieve re-use, we are determined to increase recycling”, the Chancellor explained.

The tax, which will come into play from April 2022 subject to consultation, will “transform the economics of sustainable packaging”, he added. A separate proposal for a ‘latte levy’ on disposable cups, meanwhile, was shelved.

Additional measures on plastic are expected later this year in the government’s forthcoming Resources and Waste Strategy. In particular, the Packaging Producer Responsibility System will be “reformed” to increase producer responsibility for the costs of their packaging waste and penalise the use of difficult-to-recycle packaging, such as black plastics.

On energy tax, the government is continuing with plans to reform the Climate Change Levy (CCL) paid through business energy bills, by rapidly increasing the rate for gas over the next four years to incentivise a switch to electricity.

The Carbon Price Support rate, a tax on carbon emissions paid by power producers, will be temporarily frozen to protect against rising prices, despite warnings from environmental campaigners that it could damage clean energy investment.

Meanwhile, the Enhanced Capital Allowance scheme and first year tax credits incentive for equipment on the Energy Technology list (ETL) and Water Technology List (WTL) will end from April 2020. The savings from this cut will instead be reinvested in an ‘Industrial Energy Transformation Fund’ to support high energy users to improve energy efficiency.

The government also announced plans to introduce a Business Energy Efficiency Scheme focused on smaller businesses and will be seeking views on a range of possible options.

As expected, fuel duty will remain frozen for the ninth successive year despite complaints that it contradicts commitments to curb vehicle pollution.

There was also no budge on the 2040 date for banning new petrol and diesel vehicles, despite Parliament’s Business, Energy and Industrial Strategy Committee concluding that it should be pushed forward to 2032.