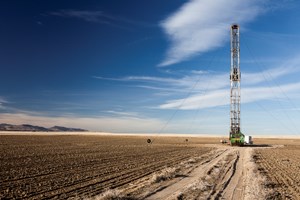 Mayor Andy Burnham has confirmed in an updated spatial plan for Greater Manchester that fracking is not welcome within the city region, which will instead ‘wholeheartedly embrace’ clean development.

As well as halving the amount of green belt land due to be lost to new housing developments, the plan sets a deadline of 2028 for all new developments to be ‘zero carbon’ and - although not able to ban the practice outright - contains a “presumption” against fracking.

“These policies support the proposal that will go to our Green Summit in March of a carbon neutral Greater Manchester by 2038. By embracing the future ahead of other areas, we will not only clean up our air and our environment, we will can become a global leader in the green, clean economy”, Andy Burnham said.

Pointing to controversy over the fracking currently underway in Lancashire in an interview with The Guardian, the mayor added that the fracking industry “hasn’t proven its case”.

“It’s about embracing the future, not the past. Cities like Greater Manchester need to join the group of leading cities on the world stage that are driving fast towards carbon neutrality.

“That is a big challenge and it must be embraced wholeheartedly, and it means a full commitment to renewable energy and not half measures, and not clinging on to processes that hark back to a past.”

The spatial framework will be considered formally by the Greater Manchester Combined Authority in January and, if adopted, will then go out to public consultation.

Posted under General Interest on 9 January 2019