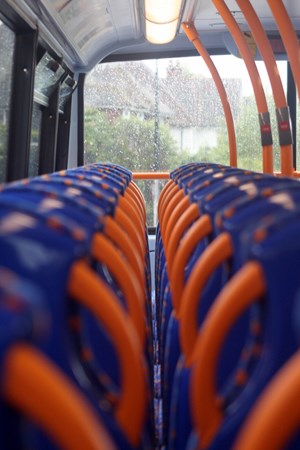 The strategy gives a long-term view of how the transport system will need to change to meet objectives and to respond to future economic, societal, environmental and technological trends.

It is the biggest transport investment programme outside of London, with the aim of building a system that can deal with a planned growth of around 600,000 more journeys per day across the region by 2035.

The environmental ambition of the strategy is for transport emissions to be reduced to near zero, with new transport schemes delivering environmental enhancements whenever possible.

Transport currently contributes to a third of Greater Manchester’s CO2 emissions, and 82 per cent of more polluting particulate emissions, which are linked to thousands of deaths every year.

Greater Manchester has also committed to carrying out a feasibility study into a Clean Air Zone to restrict certain vehicles in highly polluted areas.

There is strong public support for the strategy, with over 70 per cent of respondents to the consultation agreeing that the proposed plan will help to achieve long-term, sustainable growth for all.

Tony Lloyd, mayor of Greater Manchester, said: “The Greater Manchester Transport Strategy 2040 is a vital building block in planning for the future of our city region and the needs of travelling customers are at the heart of these plans.

“We are already working to deliver the first phase of activity outlined in these plans.”