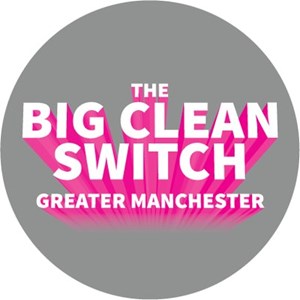 Organisations and residents across Greater Manchester are being offered an easy switch to clean electricity tariffs as part of a UK-first city-wide campaign backed by politicians and businesses.

All ten local authorities in Greater Manchester are supporting the Big Clean Switch campaign, along with mayor Andy Burnham and a number of other large organisations including the NHS, Greater Manchester Chamber of Commerce and Bolton Wanderers FC.

Bury Council leader Cllr Rishi Shori, Stockport deputy mayor Cllr Walter Brett and Andy Burnham were among the first to use the switching service and have collectively saved £1,000 on their energy bills.

“There’s a common perception that renewable electricity is eye-waveringly expensive and that switching is a hassle. That couldn’t be further from the truth”, Shori said.

The average household saving during a pilot of the campaign in September was nearly £300 a year.

Meanwhile, just one in 100 homes switching tariffs would take the equivalent of 10,000 cars off the road.

Likewise, switching to renewable power has been described as the quickest and most cost-effective way for a business to cut its carbon footprint.

Chris Fletcher, director of marketing and campaigns at Greater Manchester Chamber of Commerce, said: “The publication of the government’s Clean Growth Strategy last week highlighted the increasing importance that low carbon industry is going to have to our economic prosperity, and Greater Manchester businesses are well-placed to play a leading role.

“What better way to support this growing sector than by helping local residents save money by switching to clean power?”

The campaign is funded through commission paid by energy suppliers, a third of which will be used to help fund environmental projects in Greater Manchester.