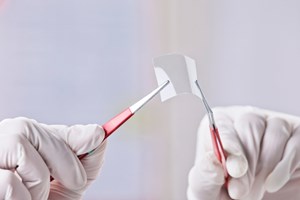 To coincide with Graphene Week 2015, the Business Growth Hub is working in partnership with the University of Manchester to run three workshops to explore the commercial opportunities of graphene.

International Graphene Week 2015, a conference commissioned by the European Commission’s Graphene Flagship, with support from the University of Manchester and the National Graphene Institute (NGI), will be held from 22 – 26 June in Manchester.

Since its isolation by researchers at the University of Manchester in 2004, the ‘wonder material’ graphene has captured the imagination of scientists, researchers and businesses worldwide. It is ultra-light, 200 times stronger than steel, incredibly flexible, fire resistant and a superb conductor.

Among other applications, graphene has a particularly strong potential for use in environmental technologies. The first commercialised graphene technology set to enter the market is a super-efficient long-lasting LED lightbulb.

To celebrate Manchester’s leadership in graphene development and outline the commercial opportunities being opened up by the technology, the Business Growth Hub is hosting three workshops at the NGI.

An introductory event on 22 June will provide a tour of the recently-opened NGI building and an overview of graphene and related activity in Manchester from expert speakers.

Two further industry workshops specifically focusing on particular applications of graphene for SME manufacturers will be held on 24 June (electronic devices and flexible electronics) and 25 June (composites and coatings, energy storage and generation and biomedical).