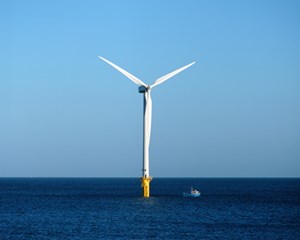 The Government is planning to sell off a majority stake in the Green Investment Bank (GIB) in order to free it from “limitations” but the move has divided opinion on what it means for UK green investment.

The GIB was set up in 2012 with an initial £3 billion of public money to ‘plug the gap’ between current private investment in low carbon infrastructure and the level of investment needed to keep the UK on track with its green commitments.

The sell-off of up to 70 per cent of the bank could raise around £1.4 billion, which the Chancellor has confirmed will be used to pay off national debt.

The bank’s 2014/15 annual report shows that it is now making a profit and remains the most active investor in the green UK projects, having committed £723 million of capital in the last year to offshore wind, waste and bioenergy, energy efficiency and community-led renewables projects.

Business secretary, Sajid Javid, said: “The GIB has shown that investment in green technologies can be a profitable business. The challenge is to build on this success.”

The Government argues that relinquishing the bank as a public body will increase the GIB’s borrowing powers and ability to leverage capital, as well as freeing it from state aid restrictions, allowing it to invest in a wider range of projects such as electric vehicles, smart meters and energy storage.

“The bank will still be green, still be profitable, still be a market-leader in financing environmentally-sound infrastructure”, added Javid. “But free from limitations on where it can borrow money and EU regulations on state aid, the bank will be able to access a much greater volume of capital.”

However, the move has attracted a backlash from several commentators who have questioned whether the decision has been made in the best interests of the UK’s green economy.

Matthew Spencer, director of NGO Green Alliance, warned that the sell-off would be “self-defeating” because it may drive the bank away from investing in the ‘riskier’ long-term projects it was set up to support.

Nick Molho, executive director of the Aldersgate Group, said the move could also damage investor confidence by sending the message “that the government is diluting its domestic commitments and abandoning its own stake in the future of the UK’s low carbon economy”.

Some of the fiercest criticism has even come from within Conservative ranks, with Ben Goldsmith, chairman of the Conservative Environment Network, saying: “The GIB was one of the Coalition Government’s few great, green achievements. Why the new Conservative Government is considering undoing that achievement by privatising this exciting new institution is beyond me.”

In response, Shaun Kingsbury, chief executive of the GIB, has attempted to dispel these fears.

“The plan was always to have access to flexible and different types of capital and remove state aid restrictions from areas we could invest in. [If] I’ve got more capital, I can borrow, and I can target other green sectors – that has got to be a great result for the bank”, he said.

Posted under General Interest on 6 July 2015