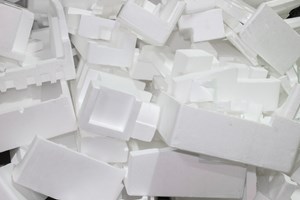 The government has launched a series of consultations to overhaul the waste system, including its new tax on plastic packaging and improved producer responsibility and business recycling systems.

The consultations follow on from the launch of the government’s Resources and Waste Strategy, released in December.

The plans include a new extended producer responsibility (EPR) system for packaging, which will see businesses and manufacturers pay the full cost for recycling or disposing the packaging they put on the market.

The current EPR system for packaging only recovers around 10 per cent of the costs of managing packaging waste, with the rest of the bill footed by the taxpayer. The reformed system will recover the full net costs from producers with the aim of incentivising businesses to think carefully about using less and easier-to-recycle packaging.

Following the overhaul of the packaging regulations, the government then intends to explore new extended producer responsibility schemes for other items that can be harder or costly to recycle.

A separate consultation lays out the government’s approach to introducing a tax on the production and import of plastic packaging with less than 30 per cent recycled content, a move first announced in the 2018 Budget.

The government is seeking views on which packaging should be in scope of the tax and which businesses will be liable for the tax.

A third consultation looks to reform the recycling system with the aim of introducing a consistent set of recyclable materials collected from all households and businesses in the country, and consistent labelling on packaging so consumers know what they can recycle.

Environment secretary Michael Gove said: “We are committed to going further and faster to reduce, reuse, recycle and cut waste. That’s why we are leading the way to move away from being a ‘throw-away’ society and drive up domestic recycling.

“Through our plans we will introduce a world-leading tax to boost recycled content in plastic packaging, make producers foot the bill for handling their packaging waste, and end the confusion over household recycling.