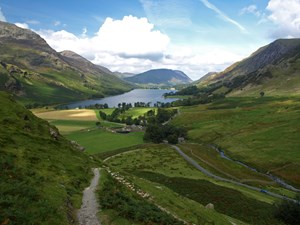 A new Office for Environmental Protection will be created after Brexit to hold the government to account on environmental matters, according to draft clauses for a new Environment Bill.

Most green policies and legislation in the UK are currently overseen by the European Commission and underpinned by EU law.

The Environment Bill will replace these mechanisms. Newly published draft clauses for the bill reveal that:

Environment secretary Michael Gove said: “[The measures] will create a pioneering new system of green governance, placing our 25 Year Environment Plan on a statutory footing. We will explore options for strong targets to improve our environment, and provisions on air quality, waste and water resource management, and restoring nature.

“Our ambition is to be the first generation to leave the environment in a better state than that in which we found it. We will keep building on our successes by enhancing our environmental standards and delivering a Green Brexit.”

The announcement was mostly welcomed by environmental groups, although several concerns remain over the more technical details.

The draft Environment Bill will be debated in Parliament later this Spring and will therefore not be in place before the current Leave date of 29 March.

In the event of a no deal Brexit, the government has stated that it is committed to maintaining the EU’s environmental standards and already plans to pass all existing EU environmental law into UK law.

A new online tool has been launched by government to help businesses prepare for leaving the EU.

Posted under Environmental Regulations and Legislation on 9 January 2019