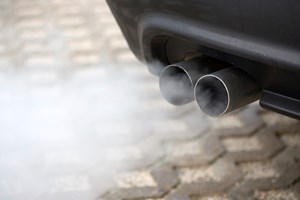 The government has been ordered to launch a more ambitious plan to reduce urban air pollution by August 2017 after it lost a High Court case on its failure to improve air quality.

The case was originally brought to the courts by environmental law firm, ClientEarth, following the government’s failure to make sufficient progress on reducing air pollution.

Many urban areas, including Greater Manchester, Merseyside and much of Lancashire, are unlikely to comply with legal air pollution limits before 2020 - five years later than stipulated by the EU.

The High Court ruling means that the government’s current plan, which was published in 2015, will have to be replaced within eight months. The new plan will also have to be opened for public scrutiny beforehand.

However, Alan Andrews, air quality lawyer at ClientEarth, argued that the government will now have to spread its net wider.

“A total of 37 out of 43 zones in the UK [currently] have illegal levels of air pollution. The government will now have to show it has the ambition necessary to tackle the problem”, he said.

“If they are at all serious about complying with the court order, a national network of clean air zones must be part of their plans, which means including the dirtiest diesel cars and creating far more than the current six which are planned. Otherwise, the risk is the problem will just be pushed elsewhere.”

According to new findings from the European Environment Agency, the UK has the second highest number of deaths from nitrogen dioxide (NO2) pollution in Europe. NO2 emissions mainly come from diesel vehicles.

The agency’s data shows that there were nearly 12,000 premature deaths in 2013, second only to Italy.

In August 2016, Greater Manchester launched its own air quality strategy, which sets out plans to provide more local support for electric vehicles and investigate the feasibility of its own clean air zone.

The government has announced several measures to incentivise a national move towards lower emission vehicles in recent months, including an extension of the existing plug-in car grant to include larger vans and trucks, funding for chargepoints and tax benefits.

Posted under Environmental Regulations and Legislation on 29 November 2016