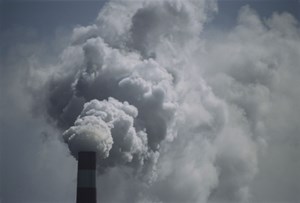 The government has followed the recommendations of climate scientists by setting a 57 per cent emissions reduction target for 2032 as part of its fifth carbon budget.

The UK is currently approaching the end of its second carbon budget, which runs to 2017, and is on track to meet its third carbon budget by 2022.

However, the government’s climate change advisory, the Committee on Climate Change (CCC), has previously voiced concerns that new policies will be needed to sustain progress through the 2020s.

The government has now confirmed that the CCC’s recommended 57 per cent emissions reduction target by 2032 against 1990 levels will now be adopted into law for the fifth carbon budget, which runs from 2028 to 2032.

The move has been welcomed by businesses and organisations across the green economy, particularly given the uncertainty caused by the European referendum.

Hugh McNeal, chief executive of RenewableUK, described it as “a clear signal that the UK will continue to show bold leadership on carbon reduction.”

“This will allow investment to continue to flow into renewable energy projects throughout the UK”, he added.

Juliet Davenport, chief executive of renewable energy company, Good Energy, said: “The move to a 100 per cent renewable future is happening. This carbon budget should give a clear signal that renewables are back and are still an attractive investment.”

However, the government has admitted that the policies required to achieve the target are “unknown at this stage”.

Nick Molho, executive director at the Aldersgate Group of businesses and think tanks, said that the government’s new Carbon Plan, expected later in 2016, will help to set out how the targets will be achieved.

“This is an opportunity for the government to set out a strategy that businesses will respond to with affordable investment and innovation in low carbon technologies.”