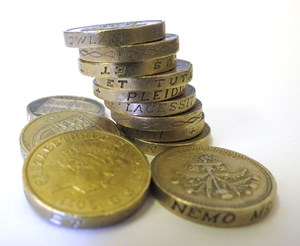 A new government report revealing that small and medium businesses are the most burdened by UK energy policy demonstrates the increasing importance of energy efficiency to smaller firms.

According to the Department of Energy and Climate Change (DECC), current climate change and energy policies are set to have a positive impact on household bills, with costs expected to be more than offset by energy efficiency initiatives and resulting savings.

In 2014, household bills are estimated to be an average of six per cent lower than a ‘no-policy’ scenario.

However, the story is not the same for businesses, which under current policies are estimated to pay around two-thirds of the costs for decarbonising the energy grid.

Energy bills for small and medium enterprises in 2014 are estimated to be 11-28 per cent higher on average against the no-policy scenario.

Small-sized businesses (annual usage of less than 500MWh electricity and 2.7GWh gas), are estimated to have energy bills 11 per cent higher on average than the no-policy scenario this year, with the increase rising to 18 per cent by 2030.

For medium-sized businesses (annual usage of up to 20GWh electricity and 27.7GWh gas) the average increase is higher: 28 per cent in 2014, reaching 39 per cent by 2030. This is mainly due to the cost of policies that do not affect small firms, such as the Carbon Reduction Commitment (CRC) scheme.

The main reason for these increases is the rise in electricity prices. For small businesses, electricity bills are expected to be 50 per cent higher on average by 2030 because of climate and energy policies, while for medium businesses the rise is even more alarming, reaching 59 per cent.

In contrast, gas bills are set to gradually decrease over the same period.

Although DECC points out that the total effect of its policies on businesses is not as big as first appears when taking into account full operating costs for small and medium businesses (energy bills only represent around three per cent of total costs for the majority of firms), the figures nevertheless suggest that energy efficiency will become increasingly vital for maintaining competitiveness over the coming years.

The Government has outlined its current energy-related support for businesses in its 2014 Annual Energy Statement, presented to Parliament last month.