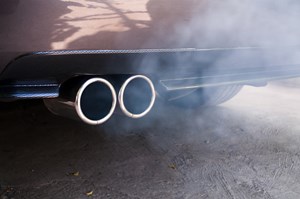 The government has opened a consultation on measures it could take to help ease the impact of forthcoming air quality measures in towns and cities on drivers - with diesels firmly in the firing line.

In July, the government published the first part of its Air Quality Plan to tackle illegal levels of air pollution in towns and cities across the country.

Councils in the worst performing areas are required to produce action plans by March 2018 for ‘Clean Air Zones’, which could include a range of carrot or stick measures from improving public transport to vehicle charging schemes or time-of-day restrictions.

The worst areas in the North West include Manchester, Stockport, Tameside, Salford, Trafford, Bolton and Bury.

In early 2018 the government will publish the second part of its plan, which will focus on measures put in place to support motorists and businesses affected by local action plans.

This might include vehicle retrofitting, subsidised car club memberships, exemptions from certain vehicle restrictions, or a targeted scrappage scheme for older diesels.

A scrappage scheme has been the most talked about measure; several major car manufacturers - Ford, Toyota, Nissan, Kia, Renault, Volkswagen, Mercedes-Benz and BMW - have already started rolling out their own scrappage schemes that take back older diesel models in return for discounted new vehicles.

The Federation of Small Businesses (FSB) is one of the business organisations that are firmly backing calls for an additional government-backed scheme to support small businesses operating in affected areas.

The government is now calling for views on scrappage and other potential measures it could take, including which motorists or vehicles should be targeted by any support schemes.

The consultation closes on 5 January 2018.

Posted under Environmental Regulations and Legislation on 6 December 2017