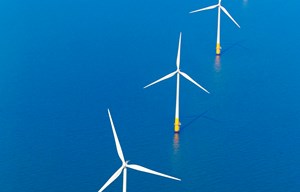 The international Paris Agreement on climate change has come into force ahead of opposition Donald Trump, while the UK has set out its plans to spend £730 million on renewables annually.

The Paris Agreement, originally brokered between 195 countries in December 2015, puts a global framework in place for all countries to tackle climate change for the first time.

Key measures include a legal requirement on every country to review and strengthen individual commitments every five years, and a collective agreement to reach a ‘carbon neutral’ global economy during this century.

For it to come into force, the treaty needed to be ratified by at least 55 countries responsible for 55 per cent of global emissions. The threshold was passed in October after China and the US, and then the EU, ratified the agreement.

The precise workings of the treaty are not yet in place, with a number of key decisions expected over the next two years. The Cambridge Institute for Sustainability Leadership (CISL) has published a guide to explain the major implications for UK businesses.

However, the shock election of Donald Trump to the US presidency has caused fears that the world’s second biggest emitter behind China may back out of its commitments.

Donald Trump was vocal critic of climate change during his presidential campaign and has promised to pull the US out of the Paris Agreement and curb the measures put in place by President Obama to move the US economy in a low carbon direction.

Nevertheless, experts have argued that, although concerning, Trump will find it difficult to stem the tide of action due to legal constraints and the global consensus on climate change.

Meanwhile, the UK has reaffirmed a commitment made in the 2016 Spring Budget to spend £730 million in annual support for renewable energy over the course of this parliament.

The government has set out a consultation on proposals to phase out coal power stations by 2025, a commitment originally announced in 2015.

Business and energy secretary Greg Clark said: “We’re sending a clear signal that Britain is one of the best places in the world to invest in clean, flexible energy as we continue to upgrade our energy infrastructure.

“This is a key part of our upcoming Industrial Strategy, which will provide companies with the further support they need to innovate as we build a diverse energy system fit for the 21st century that is reliable while keeping bills down for our families and businesses.”