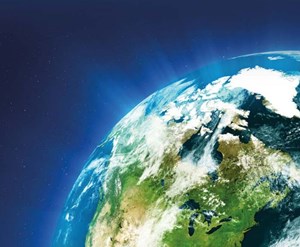 A group of British science and economics peers are launching a plan to make wind and solar energy cheaper than coal by 2025 by boosting public expenditure on renewables technology development.

The plan has been dubbed the ‘Global Apollo Programme’ in a bid to recreate the interest in rapid technological development achieved during the ‘space race’ years of the 1960s.

Founders of the programme include Sir David King, former chief scientific advisor to the UK Government and current special representative for climate change, and Lord Nicholas Stern, author of the landmark Stern Review on the economics of climate change, along with several other peers from the House of Lords.

By encouraging countries to commit at least 0.02 per cent of national GDP to public expenditure on technology development over the next ten years, the programme hopes to mobilise $150 billion (£100 billion) towards cutting the cost of wind and solar power and investigating new smart grid and energy storage technologies.

As such the programme aims to launch in 2016 with a minimum of $15 billion (£10 billion) committed by major world powers each year. Current annual public spending on renewable energy R&D is estimated to be some $6 billion (£4 billion) worldwide.

The programme argues that investment in R&D must be brought much closer to matching the current investment in deploying renewable energy worldwide through current subsidies.

“It is right to subsidise the supply of clean energy until its costs come down”, reads the programme’s statement. “But the $6 billion that governments spend on renewable R&D is far too low. It compares poorly with the $101 billion [£66 billion] spent worldwide on production subsidies for renewables, not to mention the counterproductive subsidies for fossil fuel energy.

“Effective cost reduction requires not only the wider deployment of existing clean technology but also, critically, the scientific development of new technologies.”

The issue was discussed by ministers at the recent G7 summit in Germany, where climate change was at the top of the agenda.

According to Sir David King, the Global Apollo Programme has already received “considerable interest from a wide range of countries”, including the EU, US, Japan, China, South Korea, UAE, India and Mexico.

Posted under General Interest on 9 June 2015