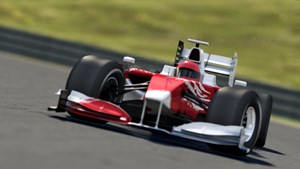 As the inaugural season of the Formula E racing championship comes to a close, many are asking what its effect will be on green business and technology development for electric vehicles.

Previous races in the series were held a number of the world’s other major cities, including Beijing, Buenos Aires, Miami, Monaco, Moscow and Berlin.

The ‘open championship’ format encourages teams and manufacturers to showcase their own electrical energy innovations, with the aim of filtering these technologies into the commercial electric vehicle market.

Sir Richard Branson, a well-known advocate of green business and owner of the Virgin Formula E team, has predicted that Formula E will overtake Formula 1 as the premier motorsport event within the next four to five years, just as “the clean energy type of business will power ahead of other businesses”.

“I’m willing to bet that 20 years from now there will be no new cars being built in the world that aren’t battery driven”, he said. “Companies that move quickest in that area are going to dominate the marketplace.”

The racing series has already advanced a number of the technologies used in electric vehicles.

As only one set of tyres are allowed per race, tyres have been developed to be more efficient and durable, and energy recovery systems are also being used to improve engine efficiency by nearly a fifth.

According to Formula E chief executive, Alejandro Agag, the batteries used in the cars have already improved in efficiency during the first season and are expected to double in power within the next five years.

“Major car manufacturers are now competing to secure their share of the growing market for electric vehicles”, he said. “As the Formula E championship develops, the technological competition will intensify.

“Rumours of companies like Apple entering the market are exciting many in the industry and beyond. It all suggests we are approaching an age of accelerating technological change driven by companies both inside and outside the conventional car manufacturers.”

A report published ahead of Formula E's first season estimated that the championship will help to drive the sale of up to 77 million additional electric vehicles worldwide by 2040.

A growing number of companies are already capitalising on the benefits of low emission and all-electric vehicles, with recent research suggesting that European business could save £20 billion a year by adopting more efficient vehicle technologies.

Posted under General Interest on 7 July 2015