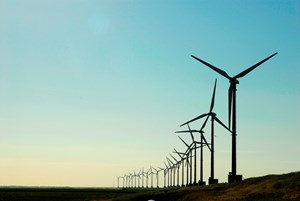 National Grid has launched a new online tool which provides a 48 hour regional forecast of power production so users can plan to their energy use for when the grid is at its greenest.

The Carbon Intensity website shows a ‘power forecast’ for the UK, split into 14 regions, which includes carbon footprint and energy source projections for each region.

For example, on 28 May the North West was the fourth greenest region for power, with a carbon intensity of 96gCO2/kWh. Most of the region’s electricity came from nuclear (67 per cent), followed by gas (24 per cent), solar (6 per cent) and wind (3 per cent).

The tool, which was developed in partnership with WWF and the University of Oxford, includes an open application programming interface (API) which allows live data to be plugged into smart devices and apps to help users schedule energy use around the forecast.

The hope is that the spread of smart meters and time-of-use tariffs will encourage its use, in turn helping National Grid by increasing demand on the system when lots of renewable power is being generated.

“This tailored information can tell people in advance when’s best to turn on the washing machine, load the dishwasher or charge the car, helping everyone to use power when it’s cleanest and most likely more cost efficient”, said Duncan Burt, director of operations at National Grid.

Posted under General Interest on 30 May 2018