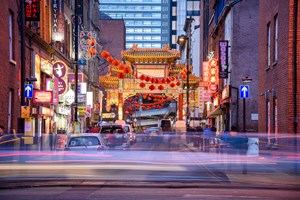 Concerns are being raised about the lack of awareness around Greater Manchester’s forthcoming Clean Air Plan, which is set to include a city-wide emissions charging zone for commercial vehicles.

Greater Manchester is one of a number of towns and cities in the process of drawing up plans to reduce illegal levels of air pollution in their constituencies, following court action against the government over the last three years.

The latest modelling shows that there are 152 locations across Greater Manchester, covering all ten local authorities, that exceed legal limits for NO2 - a pollutant primarily emitted by diesel engines.

Although no final decision has yet been made on the best way forward, mayor Andy Burnham has revealed that a ‘Category C’ Clean Air Zone is the preferred option. This would place a penalty charge on buses, taxis, light goods vehicles and HGVs that do not comply with Euro 6 emissions regulation - which includes most pre-2016 vans and pre-2013 HGVs.

“We recognise that this approach will have significant implications for business and we will therefore be seeking support from the government to establish financial schemes to help GM-based businesses to change their vehicles”, he said.

“As difficult as this change will be for some, we are not prepared to delay it. It is the poorest kids in the poorest communities who are today breathing in the most polluted air. We have a moral obligation to act to improve their health and early development.”

A number of other shortlisted measures are also being considered, including incentives for electric vehicles, variational parking charges or workplace parking levies, and encouraging alternative travel choices through “road space reallocation”.

The Greater Manchester Combined Authority (GMCA) is due to submit a business case to government by the end of January, after which there will be a period of public consultation. The final agreed measures have to be in place by 2021.

The Federation of Small Businesses (FSB) has voiced concerns about the lack of awareness around the issue, especially for small firms running older diesel fleets, who could be impacted the most.

Robert Downes, FSB development manager for Greater Manchester, said: “Most businesses - not to mention the general public - are totally unaware this plan even exists, and that there could be some very serious cost implications next year if and when parts of it are adopted.”

Posted under General Interest on 9 January 2019