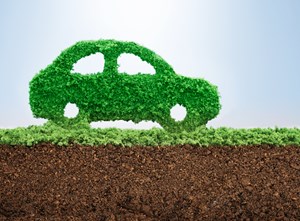 Clean cars, vans and taxis could be equipped with eye-catching green number plates in future as part of new government plans to promote ultra-low emission vehicles.

Green number plates are already in use in countries such as Norway, Canada and China and are thought to encourage take-up of low emission vehicles among drivers.

Transport Secretary, Chris Grayling, said: “Adding a green badge of honour to clean vehicles is a brilliant way of helping increase awareness of their growing popularity in the UK, and might just encourage people to think about how one could fit into their own travel routine.”

The move was one of a number of announcements made during the government’s Zero Emission Vehicle Summit in Birmingham on 11 and 12 September.

Prime Minister Theresa May used the event to unveil £106 million in new funding to boost R&D in green vehicle technology, which was matched with £500 million from key companies in the sector.

Among the companies pledging investment was Lloyds Banking Group, which announced £1 million for the first 1,000 customers to lease an electric vehicle from its vehicle leasing arm, Lex Autolease.

The government also announced a £2 million funding pot to support the uptake of e-cargo bikes for ‘last-mile’ deliveries, which could help to cut congestion and improve air quality in towns and cities.

Posted under General Interest on 19 September 2018