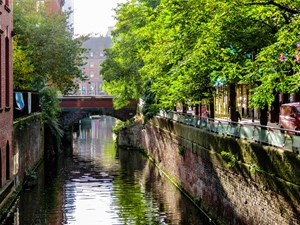 The Manchester Climate Change Agency, which is leading the city’s progress on tackling climate change, will host its annual conference on 17 July 2018.

In December 2016 the agency launched a new strategy for the city built on the views of people, organisations and businesses - setting out a plan to transition to a zero carbon city by 2050.

However, following a decision at Greater Manchester mayor Andy Burnham’s Green Summit earlier this year to push targets forwards in line with climate science, Manchester is now exploring whether to move the zero carbon target to 2038.

The 2018 annual conference will provide an update on progress, including what businesses, organisations and citizens in Manchester have achieved in the last year.

The conference will be held at the Royal Exchange Theatre in Manchester city centre on 17 July, 5.30-8pm. For more information, click here.