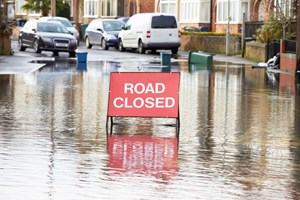 A special series of workshops commissioned by local authorities will be held in three locations across the north west in June and July 2016 to help SMEs become more resilient to extreme weather.

The workshops have been arranged by CLASP, a sustainability support service for local authorities.

The events are designed to help SMEs explore their resilience to the risks presented by climate change, such as how to cope if their area lost power during heavy storms, if premises were flooded or if key suppliers could not get through to them.

Improving resilience to extreme weather can help businesses to gain a competitive advantage and continue operation in the face of disruption.

A recent report commissioned by the Environment Agency argued that many of the risks presented by climate change can be managed within existing budgets. It also pointed out that there are many opportunities to gain a competitive advantage by taking early action.

The issue is particularly important for north west businesses; the heavy flooding across Cumbria, Lancashire and Yorkshire in December 2015 is projected to have caused at least £5 billion worth of damage and left many companies facing an uncertain future.

The workshops will be held in Wirral on 14 June, Liverpool on 21 June and in Kendal on 4 July.

Participants will be given access to an online resilience health-check tool and will be able to generate a report and action points for their own organisation.

For further information about the workshops, contact Ailsa Gibson at ailsa@claspinfo.org.