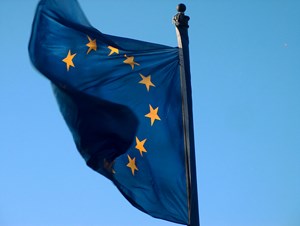 The European Union has reached agreement on its long-awaited 2030 climate and energy package – which includes a 40 per cent cut in emissions – ahead of UN global climate negotiations next year.

The policy package, announced at a European Council meeting in Brussels on 24 October, is being seen as a major win for the UK, which was pressing for a Europe-wide greenhouse gas reduction target of at least 40 per cent whilst ensuring flexibility for member states to design their own decarbonisation pathways.

Ed Davey, energy and climate change secretary, said: “This is a historic moment. Europe has sent a clear and firm message that ambitious climate action is needed now. This morning only five countries in Europe had climate targets post 2020, now 28 countries do.

“It lays down the gauntlet to the world to come forward with [their own] ambitious climate targets, reforms EU energy policy so it’s flexible and affordable, and tackles energy security by reducing Europe’s energy import bills for fossil fuels.”

The negotiations will have been watched closely by policy makers across the globe, with the EU widely seen as the leader in global climate policy ahead of negotiations for a landmark UN climate deal in Paris next year.

A review clause adopted by the European Council allows a re-evaluation of its targets following the negotiations in Paris, meaning that they could be increased in the event of an ambitious global deal being signed.

However, despite a Europe-wide agreement being reached, several industry groups are disappointed with the outcome.

Commenting on the non-binding nature of the energy efficiency target, John Alker, director of policy and communications at the UK Green Building Council, said: “Sadly, an opportunity to give a much needed boost to low carbon business across Europe has gone begging.

“A destination has been set, but we are effectively setting off on the journey with no map and no guarantee that we will actually get there.”

Meanwhile, the European Trade Union Confederation (ETUC) criticised the decision after pushing for a 30 per cent renewables target and a 40 per cent energy efficiency target.

“The new president of the European Commission [Jean-Claude Juncker] says he wants Europe to be the world’s number one in renewable energy, but he won’t achieve that with a 27 per cent target that is not even binding on the member states,” said ETUC general secretary, Bernadette Segol.

Martin Schoenberg, head of policy at Climate Change Capital, warned that the lack of national accountability means more talks will be needed to ensure that governments give investors the long-term certainty needed to “write the big cheques”.

“Setting the EU targets is the easy part. The implementation is a different matter”, he said.

Posted under General Interest on 28 October 2014