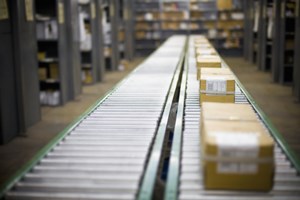 The new ‘Closing the Loop’ package includes over 50 separate actions to move Europe’s economy away from ‘take, make, use and throw away’ business models.

According to the European Commission, the proposals could save EU businesses €600 billion (£437 billion), or eight per cent of annual turnover, by improving efficiency and preventing waste.

Most notably, recycling and waste targets have been lowered compared to the Commission’s original proposal, which was controversially scrapped in 2014.

Recycling targets for municipal and packaging waste to be achieved by 2030 have been reduced to 65 per cent and 75 per cent respectively, down from 70 per cent and 80 per cent.

The proposed landfill ban for recyclable plastics, metals, glass, paper, cardboard and biodegradable waste by 2025 has also been replaced with a binding target to reduce landfill waste to 10 per cent of all waste streams by 2030. A food waste reduction target of 30 per cent by 2025 has been abandoned altogether.

The waste and recycling industry have criticised the new package, which was supposed to be “more ambitious” than previous proposals.

However, as widely predicted, the new package places more emphasis on production and product innovation.

A core theme in the new package is promoting better product design by developing market incentives for green products and new standards on product durability, repairability and recyclability. In particular, specific mandatory product design requirements will be introduced for electrical equipment.

These measures will be achieved through changes to the Commission’s Eco Design Directive over the next two years.

The Commission will also develop new quality standards for secondary raw materials from 2016 to help encourage reuse and promote ‘industrial symbiosis’ – turning one industry’s by-product into another industry’s raw material.

More emphasis has also been placed on the need for stringent sustainability criteria in public procurement to support the uptake of green products.

“We know from our own experience at M&S that you can still be price competitive but that if you keep asking the right questions, innovative suppliers will respond”, she said.

As part of the new package, the European Commission and European Investment Bank have agreed to provide €24 billion (£17 billion) in funding to help businesses develop circular economy projects between 2015 and 2020, through the InnovFin initiative.

A further €650 million (£473 million) will be available for R&D projects through the EU’s Horizon 2020 programme.  Innovation support will also be available to SMEs by establishing a European Resource Efficiency Excellence Centre.

Dustin Benton, head of energy and resources at Green Alliance, described the new package as a clear move away from simple recycling targets towards a more transformative approach focusing on “reuse, remanufacturing and selling services instead of just products”.

“Areas where the Commission deserves praise include new requirements for products to be more durable and easier to repair, which are due to be incorporated into EU eco design requirements. The detail of how these are implemented matters enormously, but the direction is clear”, he said.

“And €650 million for R&D is a real commitment to helping European industry increase its resource productivity so it can compete with rapidly growing international competition.”

The Commission’s proposals will now be debated by the European Parliament and EU Council before being adopted.