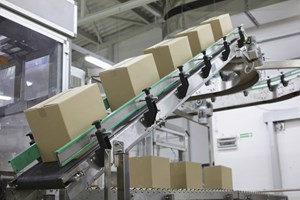 The European Commission’s widely anticipated circular economy policy package is likely to be narrower in scope than previously planned, but high recycling targets will be retained, say experts.

The Commission’s initial draft proposals to bring about a more circular economy in the EU by increasing recycling, reuse and remanufacturing were axed in December 2014, with the Commission announcing that a new “more ambitious” package would be agreed by the end of 2015.

The proposed package would have set a number of broad waste-related targets, including reducing municipal waste and packaging waste by 70 per cent and 80 per cent respectively by 2030, banning a range of materials from landfill by 2025 and cutting food waste by 30 per cent by 2025.

According to environmental business intelligence specialists, ENDS, the re-worked policy package will likely be narrowed down to specific sector and product-design approaches, particularly focusing on three main areas:

The package may also put in place plans to combat false ‘green’ claims made by some businesses and extend green public procurement to include circular economy criteria.

Meanwhile, European environment commissioner, Karmenu Vella, has suggested that the recycling targets set out in the original package may largely be retained, alongside a greater focus on the production of goods, rather than just consumption.

“When we talk about [waste] targets, we are going to remain ambitious there, but we want to be more ambitious when it comes to implementation”, he said.

“We have products that are not designed for the circular economy… so we have to address the reduction of materials in design [and also the] repair-ability, the reusability, the durability of the product at the design stage.”

The European Commission’s new circular economy package is set to be announced in Autumn 2015.