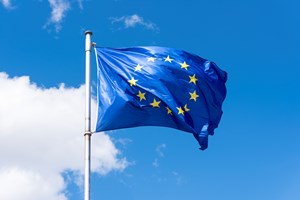 The EU has agreed new 2030 targets to boost energy efficiency and renewable energy and laid the groundwork for ‘net-zero’ emissions by 2050, but will the UK play catch up?

Following a series of tough negotiations for its ‘Energy Union’, first announced in 2015, EU leaders have agreed to achieve a 32.5 per cent improvement in energy efficiency by 2030 and source 30 per cent of energy from renewable sources by the same date.

Both targets involve a series of checks through the 2020s to keep member states on track, as well as an ‘upwards revision clause’ to increase targets if needed.

Putting an end to fossil fuels

Commenting on the energy efficiency target, European commissioner for climate action and energy, Miguel Arias Cañete, said: "Europe is by far the largest importer of fossil fuel in the world. Today we put an end to this.

“Much of what we spend on imported fossil fuels will now be invested at home in more efficient buildings, industries and transport.”

Meanwhile, in a third set of negotiations, a specified date for achieving a ‘zero-emission’ economy was not agreed, with a commitment instead to deliver a new strategy by April 2019 that will set out how the goal could be achieved by 2050.

Quentin Genard, senior policy advisor at climate and energy think tank E3G, said a 2050 target “is the next frontier, and everyone should get ready for it”.

The ‘hat trick’ of EU measures is yet more proof that international legislation on energy sustainability will continue to ratchet up in future years. Even though the UK is due to leave the bloc, it is likely to keep up with developments to ensure it remains one of the world leaders on climate change.

However, progress will not be easy. A new report from think tank Climate Action Network (CAN) Europe suggests that the majority of European countries are already failing to deliver.

In a ‘good’, ‘bad’ and ‘ugly’ ranking system for climate and energy progress, the UK is in the ‘bad’ category, alongside Denmark, Germany and Belgium.

The five highest scoring countries were Sweden, Portugal, France, the Netherlands and Luxembourg.