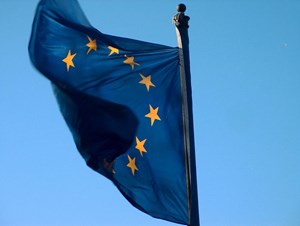 The Prime Minister has confirmed that all EU legislation will be retained in domestic law as part of the Brexit process, giving much-needed certainty to business, but any laws could be repealed in future.

During a speech at the 2016 Conservative Party conference in Birmingham on 2 October, Theresa May announced that the two-year official process to leave the EU will start before the end of March 2017.

An historic ‘Great Repeal Bill’ put before Parliament will ensure that the entire body of existing EU law will be passed into British law during the process.

Around 80 per cent of the UK environmental legislation comes from EU law, covering areas such as waste, product standards, industrial emissions, energy and climate change.

“We will give businesses and workers maximum certainty as we leave the European Union. The same rules and laws will apply to them after Brexit as they did before”, the Prime Minister said.

The move will be welcomed by industry, with the manufacturer’s organisation EEF revealing that the vast majority of manufacturers want to continue complying with EU environmental regulation and directives.

Further certainty was offered by Greg Clark, business, energy and industrial strategy secretary, who said that the UK would “maintain and take forward” its action on climate change, which “presents a massive opportunity to enjoy industrial success”.

However, the Prime Minister added that, going forward, “Parliament will be free – subject to international agreements and treaties with other countries and the EU on matters such as trade – to amend, repeal and improve any law it chooses”.

Despite assurances that any future changes in law would be subject to “full scrutiny and proper Parliamentary debate”, there are concerns that some changes could be forced through without proper scrutiny because of the heavy burden on Parliament.

David Davis, secretary of state for Brexit, has confirmed that in some circumstances ministers will be able make changes through so-called secondary legislation.

Unlike primary legislation, which requires parliamentary approval, secondary legislation is law that is delegated to an executive agency to implement without the need for full scrutiny.

Karla Hill, director of programmes for environmental law NGO, ClientEarth, said: “We welcome the fact that all EU law is to become UK law.

“[However], what is also absolutely crucial is that parliament must have a key role in making any future changes to our laws. Ministers can’t be allowed to decide these matters using executive authority – they must involve MPs and peers at every stage.”

Furthermore, it is also currently unclear whether any future EU legislation implemented during the Brexit process, such as the upcoming circular economy package, will be automatically passed into UK law or left behind.