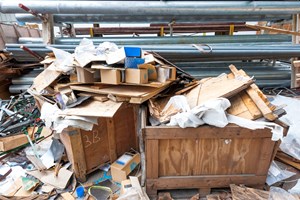 The Environment Agency has underlined the importance of packaging responsibilities after revealing that its action against companies in 2016 led to more than £1.5 million in payments to charities.

The payments come from 26 enforcement actions undertaken by the Environment Agency between August 2016 and January 2017, and include several six figure payments.

Instead of pursuing prosecution charges against companies which have polluted rivers, breached permit conditions or avoided recycling, the Environment Agency is increasingly accepting charitable payments as an alternative solution.

The money is spent by local groups on projects that make a direct positive impact on the environment, helping to swiftly restore the environment and avoid longer criminal court cases.

Peter Kellett, legal director for the Environment Agency said: “Enforcement Undertakings allow those who commit offences to restore the environment and to take steps to prevent a recurrence.

“When appropriate, they allow a quicker resolution than a prosecution and help offenders who are prepared to take responsibility for their actions to put things right with their local communities.”

Stephen Trotter, director of the Wildlife Trusts England, which will benefit from some of the undertakings, added: “The principle that a polluter should make amends for the damage they’ve caused makes good sense.

“It’s really important that people understand their responsibilities and care for the natural world – it’s also cheaper and makes business sense to do things cleanly than risk causing damage and pollution.”

Many companies are often not aware that they have breached rules, especially with responsibilities around the recovery and recycling of packaging.

Half of the 26 enforcement undertakings in 2016 were for failing to take reasonable steps to recover and recycle packaging waste as part of Producer Responsibility Obligations.

Companies that handle 50 tonnes of packaging materials or more a year and have a turnover of more than £2 million are obligated to follow packaging regulations to meet waste packaging recycling and recovery responsibilities.

Further environmental regulations must also be followed by companies that design packaging.

In a statement, the Environment Agency said: “All companies producing packaging have a responsibility to recycle or pay for recycling to compensate, and failure to follow packaging regulations will result in enforcement action and financial penalties.”

The Agency has also made it clear that prosecutions will still be taken in the most serious cases.