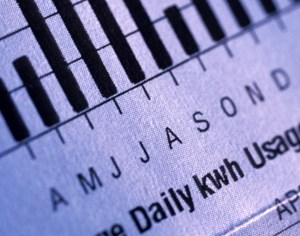 An innovative online tool pooling data from more than 600 energy projects has been launched, revealing important data on ‘co-benefits’ that are often missing from the business case.

The Curve, a collaborative tool developed by market analysts, The Crowd, contains the largest amount of user-generated data on real-time energy projects ever collected.

Similarly to other user-generated knowledge-sharing platforms such as TripAdvisor, it collects information on energy efficiency and renewable energy investments and helps users to benchmark their costs and returns in order to make a smarter investment decision.

The Curve collects 15 data points for each project, including site type, sector, technology, amount invested, payback period and recommended suppliers. The information then becomes available to everyone, allowing users to see aggregate and individual project data.

Companies that have uploaded data to date cover a wide range of sectors and include household names such as Asda, BAE Systems, BT, Jaguar Land Rover, The Crown Estate and Unilever.

More than 650 projects and counting have been entered into the database, with a combined investment value of over £500 million. UK projects represent 91 per cent of the dataset.

According to the first detailed report generated by the database, the average project payback period across all technologies and sectors is 3.6 years, a robust return on investment compared to most core business investments. Renewable energy projects have a higher average payback of 5.3 years.

Transport, behaviour change, IT and outdoor lighting offer the shortest length of payback on average.

However, the data suggest that around half of commercially-viable energy projects are being ignored.

Jim Woods, chief executive at The Crowd, said: “We estimate that over 40 per cent of commercially attractive energy projects, which are largely synonymous with carbon reduction projects, are unrealised each year.

“In the UK alone, that’s well over £1 billion worth of missed investments, which matters in an era of climate change.”

To help strengthen the business case for projects, the Curve helps to visualise the ‘co-benefits’ beyond return on investment that are often missed. These include benefits to maintenance, employee satisfaction, health and safety, brand and marketing, energy supply risk, property value, productivity and legal compliance, among others.

The three technologies with the most co-benefits in the database include heating and ventilation (HVAC), lighting and renewable heat.

There is also a star rating for projects and a comment box to add further context. The top three project types with the highest star rating are refrigeration, power quality and behaviour change.

“When you marry the attractive paybacks, the multiple co-benefits and positive star ratings, energy projects should be easy for CFOs to sign off”, the report claims.

“The Curve provides useful data to back up our proposals, help identify risks we need to address and ultimately convince our CFO.”