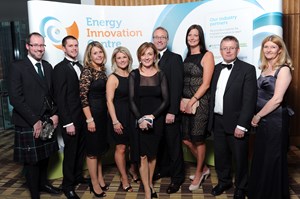 The UK Energy Innovation Awards 2015 has opened for applications, with 14 categories up for grabs ahead of the awards ceremony in Manchester next April.

The Awards, now in its fifth year, is hosted by the Energy Innovation Centre (EIC), a partnership between the National Grid and a number of energy industry partners, based in Ellesmere Port, Cheshire.

EIC aims to bring industry and innovation together to drive the discovery, development and deployment of new energy technologies.

The Awards celebrate the best innovations across the electricity and gas, and renewables sector, with five new categories added to the 2015 competition following an unprecedented diversity of entries last year, which attracted more than 370 delegates from across the energy industry.

Among last year’s winning entries was a tablet application which gives network operators an augmented reality view of their assets in the field, a robotic system which internally repairs leaking cast iron mains, and the UK’s first smart energy grid in Orkney.

Denise Massey, managing director of EIC, said: “The UK innovation scene has continued to grow and develop so much since the awards began back in 2010.

“EIC exists to encourage this important collaboration between external innovators and the energy industry by modernising the networks and revolutionising the way electricity and gas is delivered.

“It’s clear the industry is alive with an incredible number of talented, creative and forward thinking problem solvers, engineers, technologists and academics, so we look forward to seeing the entries.”

The closing date for entries is 12 December 2014, with the awards ceremony to be held in Manchester on 30 April 2015. Entries can be made online here.