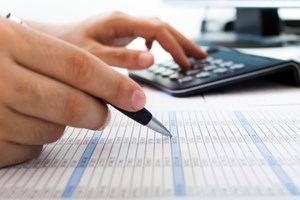 The Government has opened a public consultation on new proposals to overhaul energy efficiency and carbon taxes for businesses as part of a major revamp of green policies.

The much-anticipated consultation proposes a move away from the current complex system of over-lapping policies to one where eligible businesses would face just one tax and one reporting scheme.

Current policies that form part of the complex regulatory landscape include:

Making the announcement, Damian Hinds, exchequer secretary to the Treasury, said: “We recognise business concerns around the complexity of business energy efficiency policy and we want to create a simpler and more stable environment.

“This will in turn help increase the productivity of our businesses and boost our economy, while at the same time delivering on our commitment to save carbon.”

To streamline the energy tax system to reduce variations in the tax rates faced by different users, the Government proposes to replace both the CCL and CRC with a single energy consumption tax for all businesses and calls for feedback on whether tax breaks through CCAs are effective.

The Government also proposes to develop a single reporting framework that incorporates “the most effective elements from the existing range of reporting schemes” and is based on the foundations of the new ESOS scheme, which has its first audit deadline in less than two months.

Richard Griffiths, senior policy advisor at the UK Green Building Council, said: “Moving to a position where organisations are faced with just one key reporting scheme should help to free up organisations’ resources and allow them to focus on delivering energy savings, rather than administration.

“Likewise, rationalising the tax regime could provide a clearer spur for action and help to kick-start commercial retrofit activity after a few relatively flat years.”

The consultation also suggests that there may be more emphasis on positive financial incentives in future rather than simply “regulation, price signals and conditional tax rebates”.

“Some stakeholders have suggested that a simplified energy tax and reporting framework is more likely to encourage investment [in energy efficiency] if it is accompanied by an additional, positive financial incentive for energy and carbon saving”, the document reads.

New measures under consideration could include tax relief for investments in energy-saving methods or technologies or government match-funding for investments.

The consultation closes on 9 November 2015. The Government is expected to announce its full response in the 2016 Budget, with a new policy framework likely to come in place in 2017.