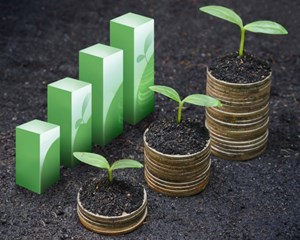 A recent survey of businesses has found that there has been an increase in UK-based orders for energy saving measures, particularly in lighting and heating, ventilation and air conditioning (HVAC).

The report provides business case and decision-making information on energy efficiency investments in the final quarter of 2016, based on a survey of 68 UK organisations across a range of sectors.

According to the results, investments in energy saving technology increased significantly compared to the previous quarter, with many technologies outperforming the average uptake in 2016.

This suggests that interest in energy efficiency is returning after what was described by as an “all-time low” during 2016.

Writing in the report, Tom Rowlands-Rees of Bloomberg New Energy Finance and Ian Jeffries of EEVS Insight said: “The UK economy posted its fastest quarterly economic growth in 12 months...our research also shows a comparable set of results in relation to the energy efficiency sector, with both suppliers and consumers reporting strong growth in commissions during the final quarter of 2016.”

In particular, HVAC equipment saw the biggest growth in uptake, followed by high efficiency lighting, lighting controls and behaviour change as the most popular measures being implemented by respondents.

The average payback period for technology investments was between three and four years, with most of the projects financed using in-house capital.

Warehouse, manufacturing and industrial properties accounted for the biggest share of commissioned projects (30 per cent), followed by offices (25 per cent).

For respondents that had not invested in energy efficiency, 60 per cent reported that future projects were planned, while uncertainty over government subsidies, lack of resource, access to finance and senior management buy-in were among the reasons cited as barriers to investment.

Grants for energy efficiency measures are currently available to SMEs from the Carbon Trust, alongside the Energy Technology List (ETL), an independently assessed list of energy saving technologies that can be used to inform procurement.