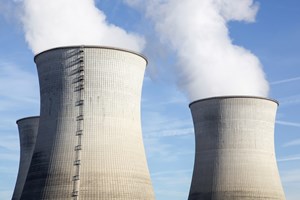 Following the latest delay to the planned £18bn construction of the Hinkley Point C nuclear plant, experts argue that improving energy efficiency would be a better way to release energy capacity.

The mammoth project, which is expected to cost consumers around £37 billion in total over its lifetime, was approved by French energy firm EDF on 28 July, only for the government to delay its own decision until the autumn.

If built, Hinkley would make a dent in the future electricity gap expected to be caused by the closure of older coal and gas power plants and rising demand.

It is expected to produce 7 per cent of the UK’s current electricity capacity, but critics have argued that the project’s escalating costs have become far too expensive compared to alternative solutions.

Jon Ferris, strategy and innovation director at energy consultancy, Utilitywise, said reducing electricity consumption by improving energy efficiency across the economy would be far more cost-effective and beneficial to businesses and consumers.

According to Utilitywise, implementing just the energy efficiency opportunities identified through the government’s Energy Savings Opportunity Scheme (ESOS) for large organisations alone could offset the electricity output of Hinkley at a cost of less than £6 billion.

“Consumers are increasingly looking at energy efficiency to reduce the impact of levies that are contributing more and more to the cost of electricity consumption”, Ferris said.

“Not only can individual businesses make significant financial savings, but the UK could offset more than the expected output of Hinkley Point C by taking all the opportunities to save energy identified due to ESOS, and at a much lower cost.”

The UK was recently ranked fifth in a global ranking for energy efficiency, behind Germany, Italy, Japan and France.

The UK scored best in the industry sector, where it was ranked third, behind Germany and Japan.

Tony Hitchens, marketing manager at Utilitywise, said: “Although it’s good news that the UK reached third in the industry sector, the scorecard shows we need to be wary of falling back in the rankings generally.

“Taking control of energy efficiency is vital because it reduces energy consumption, which saves money, and helps companies to meet their business goals.”

Total electricity demand in the UK is currently expected to rise by about a fifth between 2015 and 2035 as heating and transport become increasingly electrified.

According to a separate report by Smart Energy GB, although non-domestic gas demand is expected to drop between 2015 and 2035, non-domestic electricity demand will grow by around ten per cent in cities like Manchester and Liverpool.