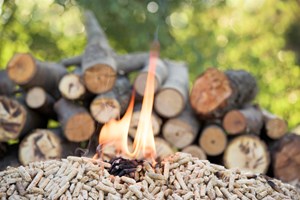 The latest estimates of the size of the UK’s low carbon and renewable energy (LCRE) economy show that energy efficiency continues to be the biggest sector, but renewable heat is the fastest growing.

The figures from the Office of National Statistics (ONS) show that the LCRE economy grew by 6.8 per cent to £44.5 billion in 2017, up from £41.7 billion a year earlier. The total number of employees stayed relatively stable at around 209,500.

The ONS defines the LCRE economy as “economic activities that deliver goods and services that generate significantly lower emissions of greenhouse gases”, including low carbon electricity and heat, energy from waste and biomass, energy efficiency, low emission vehicles and other low carbon services.

The second biggest sector in 2017 was low carbon electricity, covering nuclear, wind, solar, hydropower and other renewable energy sources. This sector generated £12.3 billion in turnover in 2017. Businesses directly involved in the production of electricity experienced the largest growth in turnover in the LCRE economy, rising from £8.7 billion to £11.3 billion.

The renewable heat sector also performed particularly well between 2016 and 2017, growing by £1.2 billion - a reflection of new businesses investing heavily in this area. However, the onshore wind and solar sectors suffered declines of 15 per cent and 17 per cent respectively, most likely due to the closure of government subsidies.

Exports from the UK’s LCRE economy grew by an impressive 30 per cent between 2016 and 2017, from £3.8 billion to £5 billion. This growth was mainly driven by an increase in the export of low emission vehicles and related activities, which accounted for more than half of total exports.

Posted under Environmental Technologies and Renewable Energy on 6 February 2019