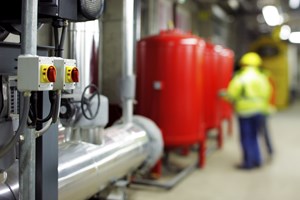 New research suggests that demand-side energy management initiatives are starting to offer energy users new ways to reduce energy costs, with the market set to be worth $2.5 billion (£1.6 billion) within nine years.

Demand-side management (DSM) technology aims to balance energy demand on the grid by enabling or incentivising users to reduce their energy consumption at certain times.

Smoothing the peaks and troughs of energy demand in this way through the use of so-called smart technologies can in effect provide back up capacity for intermittent renewable energy supply, which is likely to dominate the energy grid in future.

According to research on the future of the DSM market published by Navigant Research, emerging DSM technologies are starting to offer energy users better ways to reduce energy costs by increasing their focus on behavioural measures and data analytics.

The trend, driven by the increasing deployment of smart grids, smart meters and other software platforms that capture data on energy use, is expected to rapidly gain ground in the coming years and become a more mainstream way for businesses to reduce energy consumption and costs.

Navigant Research estimates that global spending on DSM initiatives is set to increase twelve-fold between 2015 and 2024. Spending in Europe is expected to reach $500 million (£328 million). The report also predicts that the market will be supported by tightening regulations and energy efficiency targets.

One North West company operating in this space is Cheshire-based Upside Energy, which operates a cloud service that coordinates decentralised power supplies and battery systems in homes and businesses and pays users to reduce demand at peak times.

Speaking in January 2015 as part of the Government-backed Clean and Cool Mission 2015, Upside Energy founder, Graham Oakes, said: “What we do is basically very simple - we pay people to not use energy.

“At peak times is when the grid puts all its oldest, dirtiest, most expensive generation online. National Grid actually pays us to take demand off the grid [during peak times]; we then distribute that money back to the battery owners.

“The key thing that we’re doing that no one else is doing right now is that we’re making this market available to everybody. We’re more or less doubling, maybe even tripling, the UK’s ability to respond to peak demand.”