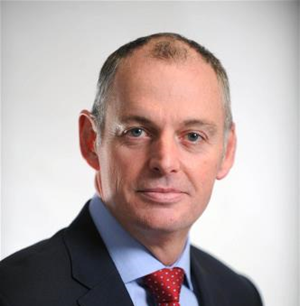 With five years past since it took on full operation of the region’s power, Electricity North West has invested £1.4 billion in local infrastructure and is now seeking volunteers for a new low carbon project.

As the regional electricity network operator since 2010, Electricity North West is responsible for keeping the lights on across the North West of England.

Around 20 per cent of a typical household electricity bill goes to the company to help fund the maintenance and improvement of the regional electricity network.

He added that the company has recently been recognised by Ofgem as the most efficient network operator in the UK.

“We’re efficient, we’re lowering energy bills and we’re also investing in the future. We’ve invested £29 million in low carbon projects to help the UK reach its carbon reduction targets through both network innovation and community engagement, and we’re recognised as leading other networks in this area.

“Looking to the future, the demand and use of electricity is forever increasing, due to the use of electric cars and solar panels, for example. Electricity generated through renewables is the key to helping the UK reach its carbon reduction targets [and] we’re seeing more and more people using electricity instead of fossil fuels for things like heating and transport.

“The industry is set to change more in the next 10 years than it has in the past 50, with the introduction of smart meters and greater awareness of energy efficiency, and we’re at the forefront of that change right here in the North West.”

Electricity North West is now looking for volunteers with onsite generation or large motors to take part in an innovative £5.5 million low carbon pilot project in collaboration with the Association for Decentralised Energy (ADE).

The Respond project, funded by Ofgem’s £500 million Low Carbon Networks (LCN) fund, aims to deliver an intelligent and responsive approach to managing network faults by getting customers to sign up for ‘fault current limiting services’ in return for financial rewards.

A short one-off survey will help Electricity North West understand the appetite for the service, which will instantaneously switch off participants’ generation sources in the event of a fault current, thus reducing load on the system. Network operators hope that this technique will help to reduce network costs in the future as electricity demand increases.

Businesses interested in taking part in the 20 minute survey must sign up by 14 August 2015 and will be rewarded with £25 in shopping vouchers or the equivalent charitable donation. For more information, click here.

Posted under General Interest on 22 July 2015