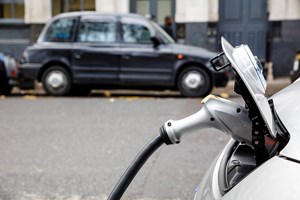 Motorway services and large fuel retailers could be made to provide electric charge points and hydrogen refuelling stations under a new law that has been presented to Parliament.

As part of a new Vehicle Technology and Aviation Bill, the government intends to put measures in place to ensure easier access to infrastructure for the growing electric vehicles market.

If passed, the law could ensure that data about the location and availability of charging stations across different networks is openly available, and it could also force fuel stations to provide charging points and alternative fuels such as hydrogen.

John Hayes, minister of state for transport, said: “If we are to accelerate the use of electric vehicles we must take action now and be ready to take more action later.

“I recognise that to encourage more drivers to go electric, the infrastructure needs to become even more widespread than the 11,000 charging points already in place, and more straightforward.

“We are determined to do all we can to make electric vehicles work for everyone and these new laws will help make this a reality.”

The UK’s aim is to become a world leader in electric vehicles, following in the footsteps of countries like Norway, where 37 per cent of the new vehicles sold in January were electric.

The government has already put several measures in place to incentivise electric vehicles to businesses, including workplace charging grants and tax benefits. This latest move aims to allay fears about the availability of charging points across the country.

Carmaker Nissan has already predicted that there will be more charging points than petrol stations in the UK by 2020.

In February, Shell launched its first hydrogen refuelling station in the UK at Cobham services on the M25, one of the largest petrol stations in the UK.

The company already has plans in place to open two more refuelling stations this year.

In 2016 the government launched a £2 million fund to encourage early adoption of hydrogen-fuelled vehicles in public and private sector fleets.