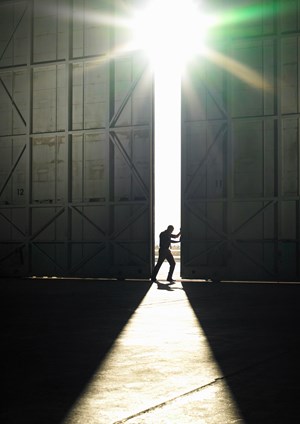 Owners of non-domestic buildings with poor energy efficiency performance could see up to a tenth of their value wiped off in 2018 due to new building regulations.

From 1 April 2018, it will become illegal to rent out a non-domestic property with an Energy Performance Certificate (EPC) rating of F or G.

EPC ratings provide a snap shot of a property’s energy performance, covering issues such as heating, lighting and air conditioning (HVAC). The ratings run on an A to G scale, with an A being the most efficient and a G being the least efficient.

Properties will need a minimum rating of E to be leased or sold after the incoming Minimum Energy Efficiency Standards (MEES) regulations come into force.

The purpose of the regulations is to help the government towards its target of cutting emissions from buildings by 50 per cent between 1990 and 2025.

The majority of buildings in place today are still expected to be in use in 30 years’ time, meaning that retrofitting existing buildings will be crucial.

The new rules are expected to affect up to a fifth of commercial properties, with some 80,000 offices, shops and warehouses becoming legally uninhabitable unless energy efficiency improvements are made by landlords or their tenants.

For buildings with an F or G rating, cost-effective energy efficiency improvements which pass a simple payback period test of seven years or less will have to be implemented, unless an exemption notice applies.

Although an EPC certificate is valid for ten years, recent changes to building regulations also mean that an E-rated EPC from before April 2011 is likely to be an F or G rated EPC today, even if nothing in the building has changed.

This means that over the course of a lease a ‘virtuous cycle’ of energy efficiency improvements and planning could be required to maintain compliance.

Landlords renting out a non-compliant property after 1 April 2018 could face penalties of up to 20 per cent of the building’s rateable value.

A new study from analytics firm CO2 Estates has revealed that the properties affected could see their value suppressed if they fail to make the required improvements.

CO2 Estate’s calculations show that potential reductions in property value could range from a sum slightly in excess of the cost of implementing the required improvements, to up to 10 per cent of the building’s total value.

This could mean as much as £16.5 billion could be wiped off the UK’s property portfolio.

Maureen Eisbrenner, managing director of CO2 Estates, said: “Landlords and tenants are being forced to reassess the energy performance of buildings because legislation has, for the first time, created a mechanism for monetising energy efficiency.”