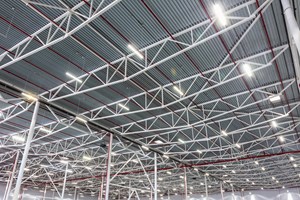 New analysis of government data shows that energy efficiency has made more of an impact on UK emissions since 2005 than renewable power.

The analysis from climate experts Carbon Brief shows that the UK’s generation of clean power from renewable sources has increased by 95 terawatt hours (TWh) since 2005 thanks to wind turbines, solar panels and other technologies.

However, total electricity demand, thanks to energy efficiency improvements and other factors, has reduced by 103TWh in the same period - making a slightly larger impact on reducing emissions overall. This energy saving is equivalent to the output of four Hinkley C nuclear power plants.

The amount of electricity generated in the UK last year - renewable or otherwise - fell to its lowest level for a quarter of a century, and per capita it is now at its lowest level since 1984.

The exact reasons for this decline in energy demand are complex. As well as increasing energy efficiency in homes and businesses, the economic recession and the offshoring of UK manufacturing overseas have played a big role.

Speaking to BBC News, deputy editor at Carbon Brief, Simon Evans, explained: “Although the picture is complex it’s clear that energy efficiency has played a huge role in help the UK to decarbonise – and I don’t think it’s got the recognition it should have.

"Say you change from a B or C-rated fridge to an A++ rated fridge. That can halve your energy use from the appliance, so it’s pretty significant.”