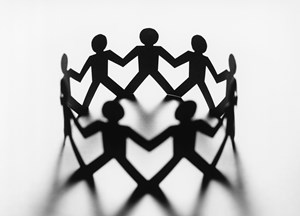 A survey of nearly 150 businesses in the construction industry has revealed that good corporate social responsibility (CSR) can improve staff retention and recruitment among other direct benefits.

The findings come from a recent survey of Electrical Contractors’ Association (ECA) members by the Considerate Constructors Scheme.

Just over half of respondents (51 per cent) had found that engagement with CSR has improved their staff retention and recruitment, while over two-thirds (68 per cent) highlighted “improved customer or client relationships”.

Other direct benefits were also identified by respondents, with around 30 per cent saying CSR had led to cost savings and helped to manage risk in the supply chain.

Of those currently engaging with CSR, 39 per cent said they measured the environmental impacts of their business.

However, despite 53 per cent saying that CSR would become more important to them over the next five to ten years, some respondents claimed that developing CSR initiatives was “too time consuming”, while lack of knowledge and guidance were also cited as barriers.

Paul Reeve, director of business at the ECA, said the results underlined the importance of understanding CSR and “the routes to effective prioritisation and cost-effective CSR management”.

“These new findings highlight the key role of CSR in helping a business to retain and recruit staff, improve relationships with clients, and achieve process changes and cost savings”, he said.

“Increasingly, companies that are communicating effectively with their key stakeholders, and delivering social and environmental value, are seeing direct – in addition to indirect – business benefits.”

The ECA also recently revealed that CSR engagement was a prerequisite in nearly half of contracts in the construction industry.

Posted under Construction on 4 July 2017