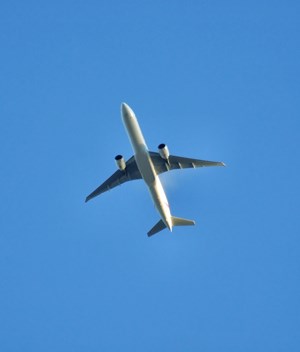 EasyJet has announced plans to test new hydrogen fuel-cells that could allow its planes to taxi to and from the runway on zero-emissions fuel, potentially saving up to 50,000 tonnes of fuel a year.

Taxiing time is currently about 20 minutes per flight on average but it is responsible for four per cent of the airline’s total jet fuel consumption.

The aim of the trial is to reduce fuel costs and carbon emissions, whilst also improving operations and punctuality.

EasyJet plans to pilot its technology later this year using ‘hybrid planes’ that have hydrogen fuel-cells in their holds.

These capture energy generated by the brakes on landing, and use it to power the plane on the ground.

The system is similar to one already used in Formula 1 racing. Instead of relying on tug vehicles, pilots will have full control of power motors in the planes’ main wheels, to manoeuvre around runways themselves.

‘A challenge to our partners’

“The hybrid plane concept we are announcing today is both a vision of the future and a challenge to our partners and suppliers to continue to push the boundaries towards reducing our carbon emissions,” said Ian Davies, the airline's head of engineering.

The design is the result of a competition run in conjunction with Cranfield University, to come up with ideas for ‘aircraft of the future’.

He added: "Because of the fact we're a low-cost carrier, most people take hand luggage and our hulls are empty, so we have the space to do it”.

EasyJet’s goal for 2020 is to reduce its carbon dioxide (CO2) emissions by a further seven per cent, from current levels of about 81 grams per passenger per kilometre (g/km). It has already reduced them from over 85g/km since 2012.

The airline has also ordered a batch of new generation, short-haul A320 planes from Airbus, due to enter the fleet from 2017. They are 13 to 15 per cent more fuel efficient than planes in the existing fleet.

You can find out more about EasyJet’s environmental policies in its corporate responsibility plan here.