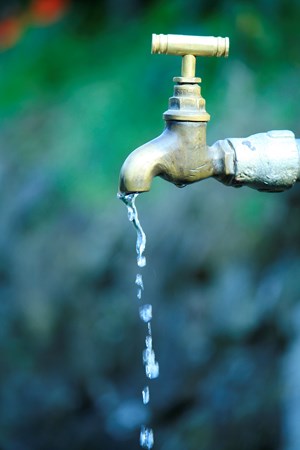 Announcing its progress for 2015, PepsiCo revealed that it reduced its operational water use by 3.2 billion litres last year. This means that it has now cut water use per unit of production by 26 per cent against 2006 levels, surpassing its original goal of 20 per cent.

The measures taken to conserve water in manufacturing facilities have saved the company more than $80 million (£59 million) between 2011-2015.

PepsiCo also announced progress on its water stewardship goals, including reaching 9 million people in water-stressed regions with safe water access since 2006, far exceeding its original goal of 6 million by the end of 2015.

Meanwhile, rival firm Coca-Cola announced that it had met its goal to become the first Fortune 500 company to replenish the equivalent amount of water used in its products and operations back to the natural environment.

The company returned around 192 billion litres of water back to the environment in 2015 through treating its wastewater for local reuse and undertaking community water projects around the globe.

Coca-Cola also announced progress against its water efficiency goals. It improved water efficiency in its operations by 2.5 per cent in 2015 through investments in new technologies and operating procedures, resulting in a 27 per cent improvement since 2004.

The news follows a recent announcement from another leading drinks company, Diageo, which has improved water efficiency by 12.5 per cent in 2016 against 2015 levels, following on from a 10 per cent year-on-year improvement in 2015.

The food and drink industry is well placed to address water demand, which is expected to outstrip supply globally by 50 per cent by 2040.

In 2015, it was reported that water use per unit of production in the UK food and drink industry had been cut by nearly a quarter since 2007.

Commenting on PepsiCo’s progress, Dr Mehmood Khan, PepsiCo vice chairman and chief scientific officer, said: “Companies have an important role to play in solving global water challenges, and we must continuously seek new ways to apply our unique capabilities and expertise to conserve this most precious resource.”

A free-to-use online tool to help businesses calculate their water risk was launched in September 2015, while a six-step action plan to reduce water usage is available from Business In The Community.

Businesses in England are also being encouraged to search for better water supply deals and support with water efficiency once the non-domestic water market opens for competition in 2017.