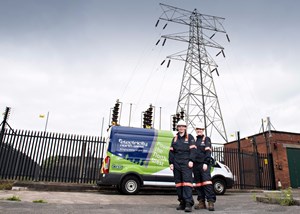 Electricity North West has launched an online tool to encourage customers to save energy over the winter, while announcing a full rollout of its own cutting-edge demand-reducing technology.

To encourage action to reduce energy demand during the peak winter months, the regional network operator has unveiled its Switched On campaign, which includes an ‘energy persona’ test.

The company estimates that the UK could save more than £117 million in just seven weeks if households switched their electrical appliances off standby over winter.

Paul Bircham, commercial strategy and support director at Electricity North West, said: “The way we use electricity is changing, with consumers playing a much bigger role in how they both use and generate power for their homes and businesses.

“Making small changes to our energy use as well as embracing renewable energy will reduce the need for costly new infrastructure and ensure future capacity and affordability. The stats are really shocking, and highlight just how significant the small changes we make could be, particularly as we move towards winter and energy consumption rises.”

The campaign comes as Electricity North West rolls out its own pioneering energy saving project, CLASS.

The project is installing cutting-edge voltage controllers in substations which could save customers in the North West around £100 million over the next 25 years.

The smart voltage controllers are linked to the company’s control centre, which automatically stabilises the network to help manage electricity consumption at peak times, making it easier to deal with more wind and solar power technologies on the network and avoiding the cost and disruption of adding more overhead lines.

Steve Cox, engineering and technology director for Electricity North West, said: “CLASS makes small reductions in voltage which our customers don’t notice, but these changes mean we can save a significant amount of power for the region and save money for our customers.

“We are always looking at ways we can use new technology to improve our service and this ground-breaking approach can be used to help balance electricity supply and demand for the whole of Great Britain.”