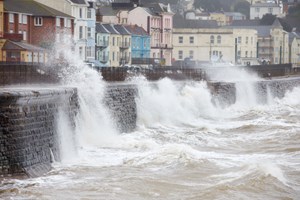 Public concern over human-induced climate change is growing in the UK, according to a national survey, showing increased support for taking action and adopting new technologies.

Pollsters, ComRes, surveyed over 2,000 adults across the UK on behalf of the Energy and Climate Intelligence Unit (ECIU), finding that understanding of climate change has steadily increased in recent years.

Damage to wildlife (80 per cent) and an increase in flooding (73 per cent) were the two most important concerns for respondents, with three in five also concerned about the availability and price of some foods.

Andrew Hawkins, chairman of ComRes, said: “Over just three years there has been a discernible shift in public opinion towards acceptance that climate change is both happening and mainly caused by human activity.

“Seven in ten now believe that almost all, or a majority, of climate scientists believe the same. The significance of this is that the public are becoming increasingly willing to see polluting energy sources phased out, to adopt alternative technologies and accept public policy changes to shift behaviour.”

The findings complement the government’s most recent public attitudes survey, which found that 74 per cent of people support renewable energy, making it the most popular form of energy by some distance.

Experts welcomed the evidence that understanding of climate change is growing.

Professor Joanna Haigh, co-director of the Grantham Institute at Imperial College London, said: “For people who have worked on climate change for decades, the finding that people recognise the sheer weight of scientific evidence is extremely heartening.”

Gareth Redmond-King, head of climate and energy at WWF-UK, added: “This poll is a wakeup call to the government to bring forth an emissions reduction plan that will reduce our carbon emissions to agreed levels by 2030.”