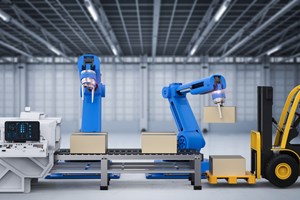 Energy management giant Schneider Electric says its own customer projects show that harnessing certain digital technologies can slash energy bills and boost productivity by up to 50 per cent.

The resulting report provides case studies from around the world that “put to rest” concerns that digitisation is expensive and difficult to implement, the company said.

Digitising engineering processes by harnessing technologies such as Internet of Things (IoT) enabled tracking or automated production lines, for example, resulted in productivity increases of up to 50 per cent and average savings of 35 per cent in capital expenditure costs and time optimisation.

For example, a brewery in the US integrated intelligent sensors with a new automation system to help vastly increase output with existing machines by increasing overall equipment effectiveness and decreasing downtime.

Customers digitising their operations also reported average savings of 24 per cent in energy consumption. In one example, an office building in the Netherlands was able to generate 102 per cent of its own power through a combination of energy management, automation and IoT connectivity, which enables app-based environmental control over lighting and temperature.

In one of its own manufacturing facilities in the US, Schneider digitised the energy management of the building to pinpoint HVAC and lighting performance issues, creating an automated report every five minutes.

Jean-Pascal Tricoire, chairman and chief executive of Schneider Electric, explained: “Digital transformation is the only way of delivering consistency and efficiency across a company. Technologies such as the Internet of Things, artificial intelligence and big data analytics are making companies more efficient and innovative, boosting their competitive advantage.”

Posted under Energy Efficiency / Energy and Renewables on 20 February 2019